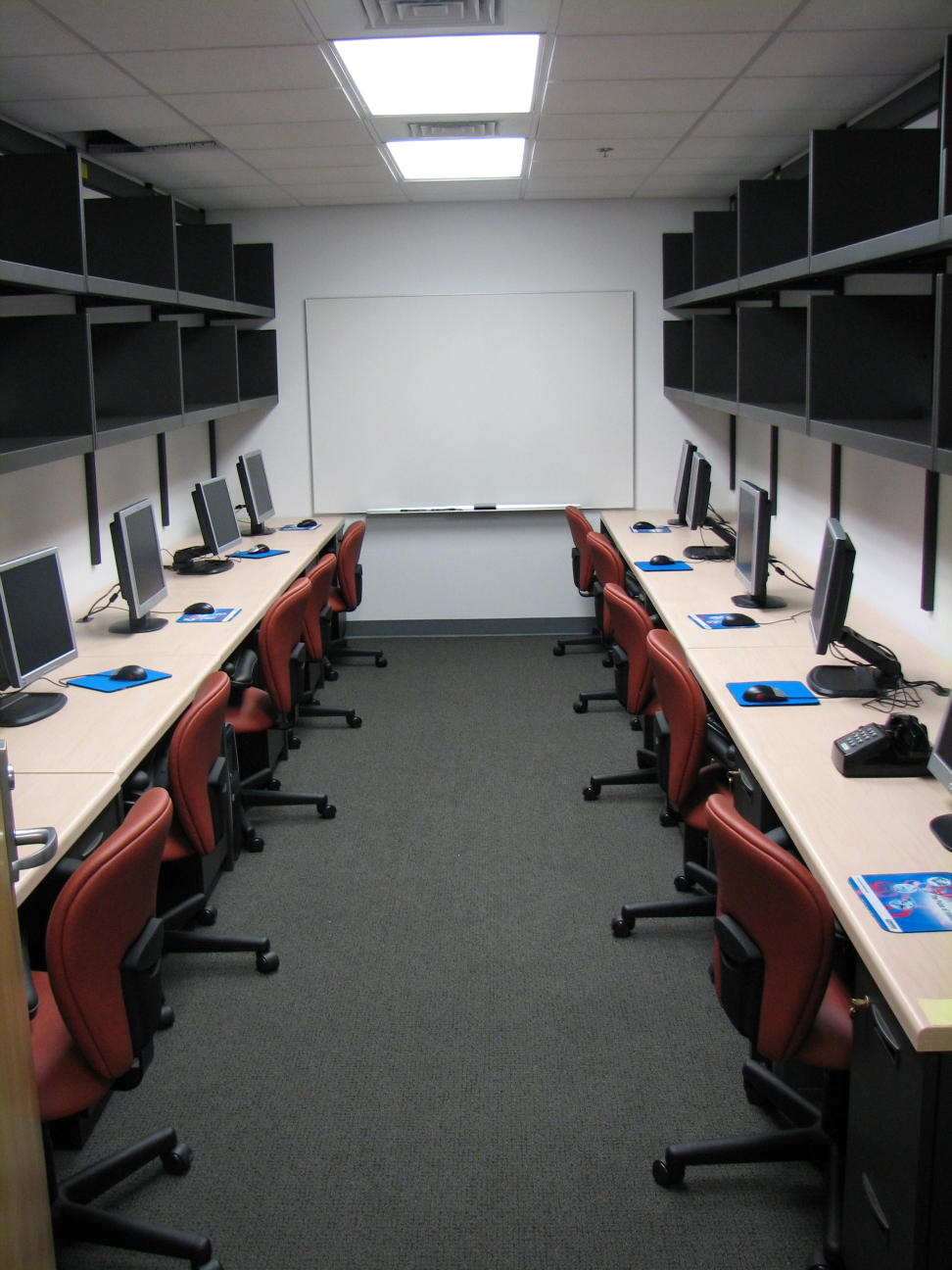 The Structural Biology computer network consists of over 360 computer systems throughout the department for individual, shared, and instrument use.  Computers are connected via gigabit Ethernet and run Linux, Mac OS X, or Windows.  Authentication to computers, storage, and other network resources is provided via a centralized LDAP directory.

Backups and archiving are administered via an expandable LTO-7 robotic tape library system.  Intermediate disk staging of backup sets is used to minimize tape wear and network traffic.  Our magnetic-tape data backup and archiving capacity is in excess of 3 Petabytes.

We have two computer labs consisting of 19 workstation-class Linux computers with access to many data processing and structure analysis programs for NMR spectroscopy, CryoEM, and X-ray crystallography. Scientific software environments and versioning are managed with environment modules.  These computers and software are available to all of the faculty and students in our department.

In addition to these resources, we have an High-Performance Computing Core for data processing including two clusters, two symmetric-multiprocessor systems, and GP-GPU resources.  You can read more about those systems on the HPC page.