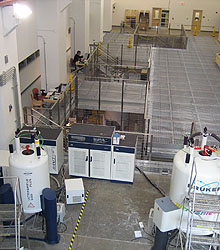 The NMR facility of the Department of Structural Biology occupies ~10,000sq. ft. in the basement of the BST3 Tower. This is where a complement of high field spectrometers is housed.

NMR spectroscopy is a powerful technique that can provide information on molecular structure and dynamics at the atomic level. NMR was originally developed in 1945 by the physicists Bloch and Purcell to investigate nuclear properties. It soon was adopted by chemists as the prime method for analyzing and identifying the structure of molecules. Over the years, continuous advancements and a wide array of different applications have been developed.

Structural Biologists use solution NMR to determine the three-dimensional structures of large biological macromolecules, such as proteins, DNA, RNA and complexes of these molecules. In addition, solid-state NMR allows ones to probe the structure and motion of membrane proteins.

Traditionally, proton NMR based techniques that exploit the high abundance and sensitivity of the 1H isotope were used. However, given the large number of hydrogen atoms in macromolecules, 1H spectra are highly overlapped and assignment is intractable. Fortunately, molecular biology techniques allow the incorporation of 13C, 15N and 2H into biological macromolecules. The combined methodological advances of isotope labeling and multi-dimensional heteronuclear NMR techniques make it possible to determine atomic-resolution solution structures and motions of biologically important macromolecules. Solid-state NMR methods can be applied to study the structure and dynamics of very large biomolecules such as membrane proteins or polymeric assemblies as found in amyloid fibers. 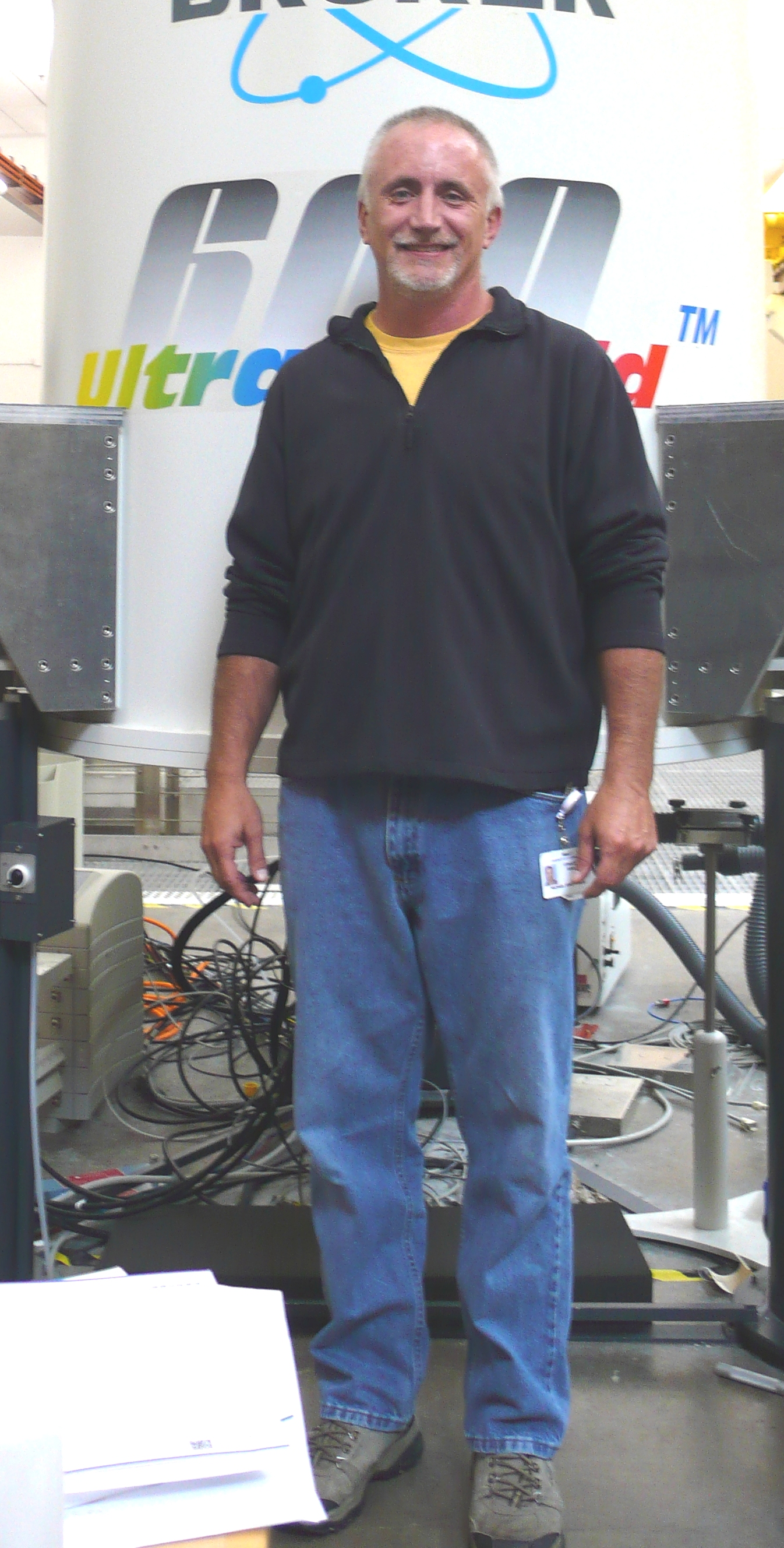 The seven spectrometers are: